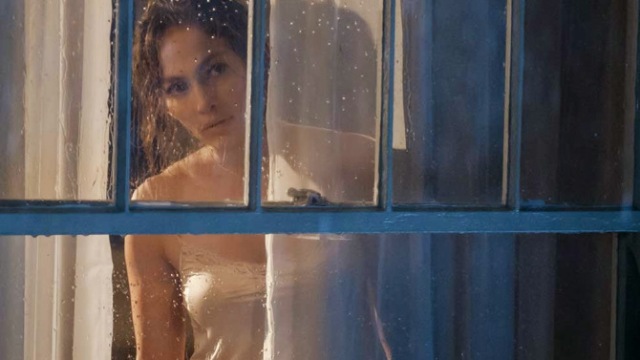 According to Variety, “The Boy Next Door” did not disappoint at the box office. It came in second after “American Sniper,” earning a solid $15 million from 2,602 locations. Its opening weekend audience was weighted toward females, who made up 71% of ticket buyers, and Hispanics, who comprised 45%.

“Basically, Jennifer Lopez is great, and people responded to her,” said Nick Carpou, Universal’s president of domestic distribution. “She was the number one reason people wanted to see this movie.”

These are difficult times for the box office, which fell by 5.2 % in 2014 (its lowest attendance level in two decades), but Hispanic ticket buyers represent a silver lining. Last year, for instance, the demo constituted approximately 22% of the opening week audience for the summer’s biggest blockbusters. And although Hispanics embrace movies of all genres, they consistently have made microbudget thrillers a safe bet within the studio system.

No one is more aware of this than Jason Blum, whose franchise films continue to over-index among the demographic. Hispanics turned out in droves to see Blum’s “The Purge: Anarchy,” contributing 36% of the movie’s impressive $30 million opening (not bad for a movie budgeted at $9 million). Following the success of the sequel, NBCUniversal signed Blumhouse Productions to an unusually broad 10-year deal encompassing film, TV, and digital.
Blum made his biggest bet on the demographic a year ago with “The Marked Ones,” a Latino spinoff of “Paranormal Activity” that grossed more than $32 million domestically on a budget of $5 million — and he has more than 15 films on his slate for 2015, starting with the Jennifer Lopez-starrer “The Boy Next Door,” opening Jan. 23, under the first-look deal with Universal Pictures. The psychological thriller exemplifies Blum’s formula: modestly budgeted films that feature Latino talent and/or incorporate Latino themes, yet still have mainstream appeal.

Lopez plays a newly separated mother whose steamy, one-night stand with her teenage son’s friend (Ryan Guzman of “Step Up” fame) goes awry. The movie fills the January slot that has been successful for films such as last year’s “Ride-Along.”
Universal’s promotional plan included a press day in Miami, where Lopez, who also serves as a producer on the $4 million film, made high-profile appearances on Univision and Telemundo. “We shot the movie in 23 days,” Lopez told Univision’s top-rated morning show “Despierta America.” “We didn’t have $50 million behind it; it was something we made because we were passionate about it. I’m really proud of it.”
According to Fabian Castro, senior VP of Multicultural Marketing at Universal, the studio supports 75% to 80% of its movies with Hispanic outreach. Part of the success of “The Purge: Anarchy” ($111 million worldwide) is attributed to the studio targeting ads to Hispanics in 2014 World Cup broadcasts.
Universal is not the only studio aiming to gain traction among Latinos. According to the Wall Street Journal, some 20 consulting firms currently work with studios on Hispanic or Spanish-language publicity campaigns. Fox recently tapped American Entertainment Marketing to handle Hispanic outreach for “Taken 3,” which opened atop the box office, with almost $40 million on its Jan. 9 release. The agency’s founder and president, Ivette Rodriguez, created a meme-based campaign that re-imagined Liam Neeson’s character as Latino.
The next great challenge for Hollywood: stepping up its courtship of Latinos without pandering. “The single biggest thing is to make a good genre movie,” says Ryan Turek, director of development at Blumhouse. “While the scares are obviously important, it is far more important to get the characters and story right because once the audience becomes invested in those characters, it is so much easier to scare them.”
This story originally appeared in the Jan. 20 issue of print Variety.