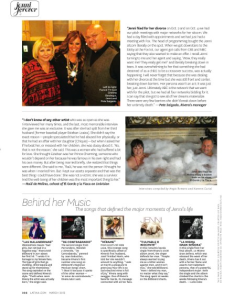 Let’s face it: Newsweek going all digital isn’t shocking. It’s necessary, as EIC Tina Brown herself told us in a video announcement on The Daily Beast. If you don’t evolve in this game, you become extinct. They dispense of you.

Newsweek is actually in a dubious position. While I think The Daily Beast is one of the best news sites out there – I haven’t come across many taglines better than “Read This, Skip That” – as Felix Salmon notes, it’s unclear how even a digital-only version of Newsweek could survive. But beyond that, should the print version’s death say something about all other mags?

I’d be lying if I said I’ve actually bought an issue of Newsweek in the past decade, but I did flip through my fair share at airport newsstands since Brown came in. No one can say she didn’t push the envelope with her covers – a few of the more memorable ones are here. And pushing the envelope is necessary, if not a solution.

As I pointed out last week — when VIBE put Ke$ha on the cover with the cover line “Hip-hop’s guilty pleasure,” — taking risks and making statements is important. Whether people get it or not is almost secondary to pushing yourself to unexpected places. Too many people play it safe these days. I’m talking to you, Anna Wintour, with your requisite Gaga cover each year. I get it, she sells, but I still think I’ll live to see the day when you swallow your pride and put Kim Kardashian on the cover. Times are hard, and Kimcakes sells. So should that day come, think of me.