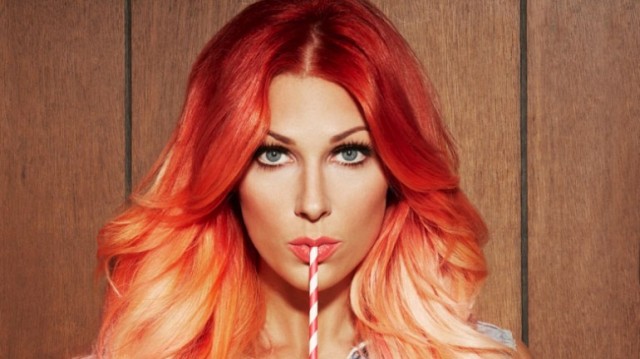 If you’ve been listening to Top 40 radio for the past few years, then you definitely know Bonnie McKee, even if her face is still relatively new. But that’s all about to change this summer, as the 29-year-old singer-songwriter, whom Rolling Stone named “Best Secret Weapon” in 2011, becomes as ubiquitous as the pop superstars with whom she’s collaborated via her own hit single, “American Girl,” available on iTunes on July 23. With eight No. 1 singles on her songwriting resume, including Katy Perry’s “Teenage Dream” and “California Girls,” Britney Spears’ “Hold It Against Me,” and Taio Cruz’s “Dynamite,” the self-described “pop star in training” is more than equipped to make her own mark in music. Just like the pop icons she grew up listening to in the ‘80s, McKee’s songs have powerhouse vocals, big choruses and bright, colorful imagery that render them irresistible. “Some of my earliest memories are of watching Madonna, Michael Jackson and Cyndi Lauper on MTV,” says McKee over the phone in New York City, where she’s on a press and promo tour. “I loved how the artists of that era were so visual. Seeing what they could do really modeled me as a musician. Every day I ask myself, ‘What would Prince do?’”