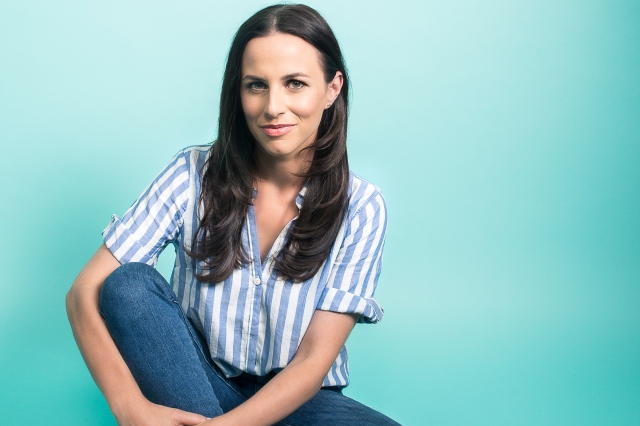 Angie interviews Alicia Menendez. Named “Broadcast Journalism’s New Gladiator” by Elle Magazine, “Ms. Millennial” by The Washington Post, and a “Content Queen” by Marie Claire, Alicia has quickly become a force in American media. She currently works as a co-host of Amanpour & Co., a global affairs show which airs on PBS and CNNi; and a contributing editor at Bustle, the largest media property for Millennial women. She is also the Host and Co-Executive Producer of the Latina to Latina podcast, currently in its second season.

Check out this episode!

Unthinkable sadness... What must they have felt right before it happened? No doubt he held her close and told her it would be OK. Lord please cover this family with your Love and Light their path. Legends never die #ripkobe
Issa vibra...the now & next in Latin music is here 💜💜💜
They shootin’ (headshots at this party) 🤗 #spotifybna
The other day I wouldn’t let my husband post this photo. “I look crazy,” I said. “But I love it,” he said. When I looked at it again I realized a few things and I have come to love it because it’s an accurate depiction of me now. I didn’t have time to look as put together as I’d like, and that is often the case these days. I am very tired, and that is always the case these days. But I am blessed and I am happy, and it shows. No makeup or hair style in the world can capture that. To my fellow mamas, let’s be a little less harsh on ourselves 💖 this job is hard and we do our best to do it with grace 🙏🏽
11 months! Let’s just stop the clock here for a while please 😍
It’s super rare for me to escape to the movies now so this is super late but I just had to post about this film 💜 I love nothing more in this world than a story deeply rooted in a specific culture of color that is not only embraced by that culture as a positive and true representation but also transcends and resonates on a universal level. It is such a hard thing to pull off and it’s done masterfully here. Also the Nai Nai (grandma) character portrayed so memorably by Chinese acting legend Zhao Shuzhen reminded me so much of my own Abuela (may she rest in peace). @thumbelulu I want to be your friend but until then I will admire you from afar for this beautiful work of art that made me cry so much 😭 a good cry though 🤗
Too good not to post! Thank you @stefanivara for this throwback gem, when we interviewed @craigdavid for the Campus Press at CU Boulder! peep the blazer, trying to look professional but still club-friendly 🤣#tbt #craigdavid
Throwback to around this time in 2018 when we rented an airstream that used to belong to the B-52’s and then went hiking at Joshua Tree, @kateslazydesert you’re one of my favorite things I’ve ever done in California! #kateslazydesert #joshuatree
“It takes courage to grow up and become who you really are” — e.e. cummings. Let 2020 be the year you let go of the fear that’s holding you back and give yourself the chance to dream bigger and brighter 🙏🏽 even if it feels uncomfortable, if it brings you joy when you visualize it, then you must see it through. What do you have to lose? If you think of possible failure as just a step along the way to eventual happiness, it doesn’t seem that scary. It’s all in how you define success. 🙏🏽 just some positive thoughts on this fine Sunday
%d bloggers like this: