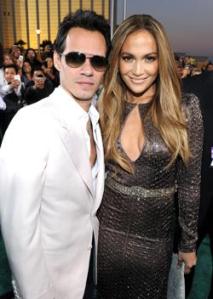 In what turned out to be one of the last interviews Marc Anthony and J.Lo gave as a couple, both husband and wife talked candidly with me about their marriage, their kids, and their life in and out of the spotlight.

The interviews, which were conducted separately just a few weeks ago, were for a planned upcoming story in Latina magazine around their many collaborations, including their Kohl’s line.

Here are some highlights from the exclusive interview:

Marc: Nothing floats and there are no lights or fans or smoke.  Jennifer loves to cook, loves family time, loves when we eat together—all of us, the kids, just everybody. The house is awfully loud with the pitter-patter of their feet. It’s very Puerto Rican—salsa playing in the background and kids in the pool. ‘Max, watch out!’ You know, just real normal stuff when we’re home.

Jennifer: I do cook, I do lay out Marc’s clothes, I do pack him when he’s about to go away. I do care, I do do things that are going to make their lives better, easier. I do hold them [Max and Emme] when they’re crying—all those things that you do as a mother and a wife are so much more rewarding than anything else in life. I do get a lot of joy out of that.

On Making Time for the Family:

Marc: We could take any job and any responsibility, but the biggest one we have is to our family.  That’s the biggest job of all.

Jennifer: You can have tons of success and all of that is so great and I would never downplay that; I love the fact that I get to do everything that I do; but my biggest joys in life are being able to be a good mom, the moments when I can say, ‘Ah, I was a good mom right there! I did something right for my kids. Or you know what, I’m a good wife.’

On What It Takes to Make a Marriage Work:

Jennifer: I mean it’s about time, it’s about making the time for each other; it’s about being there for each other for the good moments and for the bad moments, you know, it’s just about caring. To say how to care for somebody is a long list, but that’s really what it takes.

Marc and J.Lo’s Kohl’s Line to Hit Stores, Regardless of Split

On Their First Time Working Together:

Marc: My favorite duet is the first one [‘No Me Ames,’ off Lopez’s debut album, On The 6, in 1999] because of the way it was born. We had just met and it was such a hopeful time. There were a lot of things that we hadn’t seen yet in life—not being together, and we sort of dated a little back then and it was just a magical time. That song gave me an excuse to be around her.  And she gets the title of [People’s] ‘Most Beautiful Woman in the World.’ I’m like, ‘You think I didn’t know that?’ I mean, I went all in seven years ago. I’m like, ‘Finally, world, you’re just catching up!’

Jennifer: I’ve always been a fan of his music— seeing him work on his music for me was something that I always felt was very sexy. To see where his music came from and when he sang and recorded, kind of those private moments where I felt him to be powerful and confident and easy and not trying— it was just a very sexy thing.

EXCLUSIVE: Jennifer Lopez on Why She and Marc Were “A Good Combination”

On How Being Puerto Rican Helped Their Relationship:

On How They Made Each Other Better:

Jennifer: We do make each other better. Because we have respect for each other, we’re able to listen to each other’s, I wouldn’t say criticism, but critiques of each other, and take them as a constructive thing, not as something that’s meant to hurt you, and we’re able to grow from that. I can say to him, ‘You know, I think it would be better if, when you’re onstage, you had this back-up singer’ or whatever, and he can listen to me and not say, ‘Well, I don’t think so.’ We really do listen to each other’s opinions knowing that the other person really wants to help you.